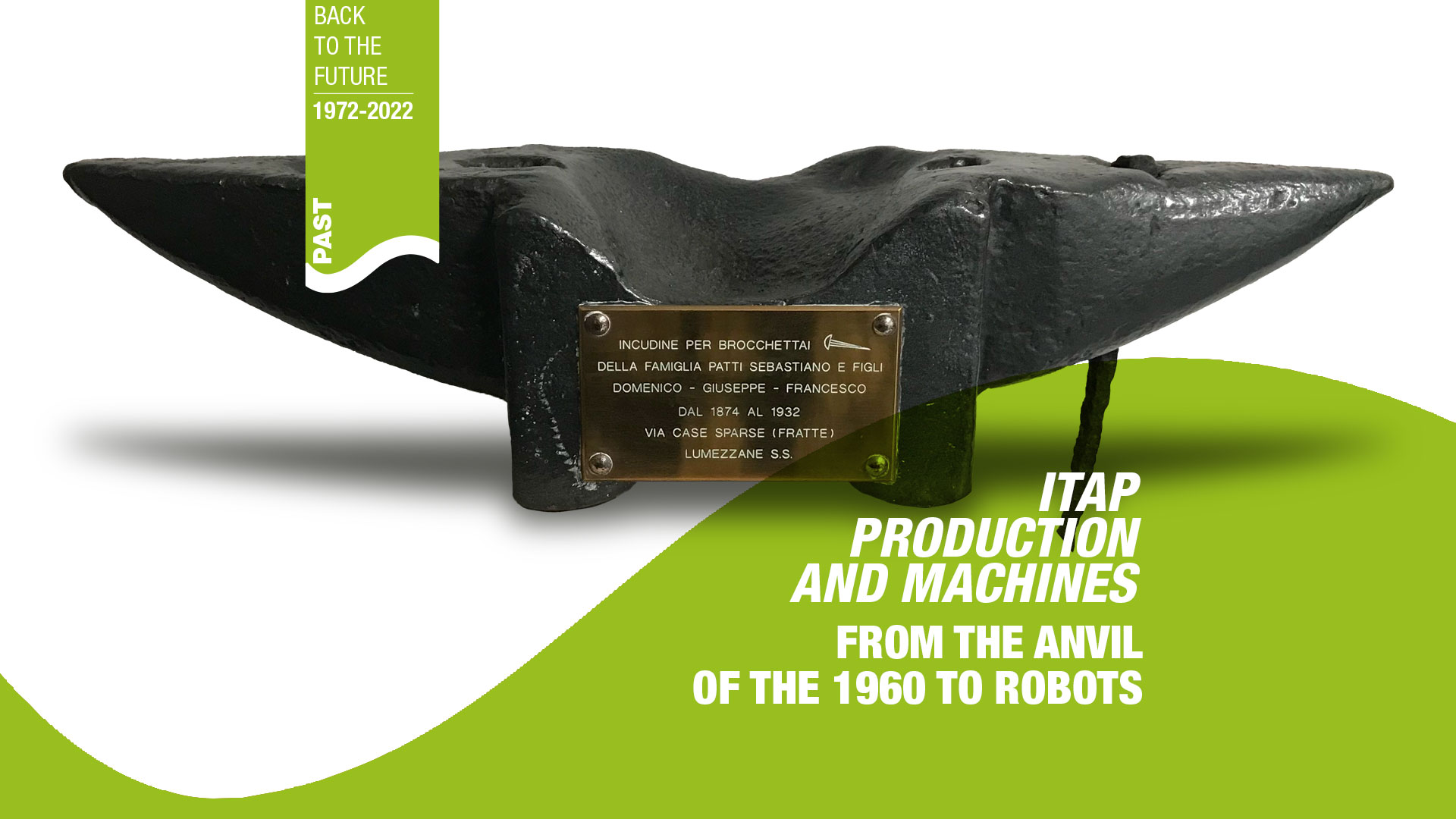 Originally it was “Giuseppe Patti e Figli”, a small business started in a room under the house, whose symbolic anvil in the Lumezzane plant bears the memory of its countless blows.

Itap was founded in 1972, thanks to the will and foresight of the six Patti brothers.

With a lot of hard work and an eye to innovation and avant-garde, the Patti brothers began to enlarge the spaces and to produce valves and heating components by making studies, projects and patents.

At the beginning of the 70’s Itap had only few transfer machines of the ‘Picchi’ and ‘Gnutti’ brands.
In 1986 came the turning point: the company purchased a revolutionary Gnutti transfer machine, with the first video panels, numerical control programs, equipped with automations and a semi-automatic loading system.

From this synergy was born the close relationship between the two companies that still lasts today.
In the ’90s Itap began to purchase machines that over the years became more and more automatic, powerful and with innovative programs.

HOW WAS A VALVE MADE IN THE PAST?
The first transfers were mechanical and pneumatic, without any automation, the operator had to manually adjust units and tools.
In the 70’s Itap did not have any machine for the assembly of valves: this kind of work was carried out by a “human chain”. 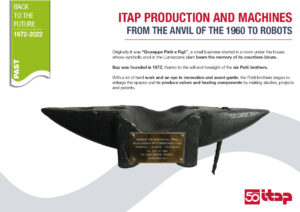